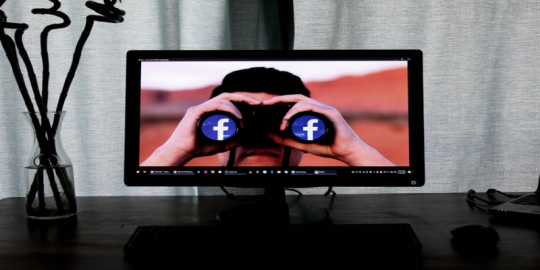 Well, I do not know who exactly has paid for this promotional effort: Facebook or Samsung, or some third party, but this situation has made a great commotion about nothing at first sight.

Judge for yourself! One fellow downloaded Facebook on his Samsung Galaxy S8 and used it until he decided to get rid of that application. Why should he do it just because of an interfering and annoying “friend”?  That’s a question. But, the fact is that he could not delete the software. That is the core of discontent! Ok, I can agree, the fact, that you have no choice in such simple issues, irritates. The smartphones are our property, and we should be able to use them as we want, to launch the software we need. And in that respect, I understand his disturbance.

But imagine! This matter has found resonance across the global and continued with the interview with Bloomberg!

I decided to dig a little deeper and get the problem outside.

It’s Not All That Simple

Surely, you know about that much-publicized case as to unsafety of Facebook. It occurred that the company gladly provided the researchers with access to data of subscribers of this social media and earned a profit on that information. The purpose was to find voters before the presidential races and to influence them with data-driven promotion. The group of scientists and behavioral psychologists processed those personal data of more than 230 mln Facebook users. It turns out that people cannot be guaranteed that their personal data will not be used by third parties and by the company itself. This accident is known as the Cambridge Analytica Scandal.

Later it became obvious that users were not protected from hackers too. That time the international community announced that Zuckerberg allowed serious holes in the security system of this popular product. He was accused of … incompetence to begin with. The scandal was connected with over 50 mln accounts being hacked.

And now when the above noise hasn’t died off yet, there is new blame.

Is it just me who thinks that it is strange? Looks like discrimination. But the fact remains.

The fellow, who has started all this pother, asks if it is possible that Facebook tracks information of its users, finding out their location and other vital data. Can it be the reason why he is not allowed to delete the software from his smartphone?

A lot of other users take part in the discussion and insist that “Facebook is greedy and dishonest”. And you know, it stands to reason. I am mad too! I am not allowed to get rid of any app installed on MY phone?  Disgracefully!

But, why cannot I shake off the idea that they make a mountain out of a molehill? Once again, the matter is that there is an option Disable but there is no function allowing to Delete the app entirely. Samsung provides feedback insisting that an option “to disable” means that the app does not run any longer. A representative of Facebook said that the disable app is not able to collect data of a user. The official position is clear enough.

I understand that recently people have become more aware of their privacy rights and that is very good. I respect such an attitude. But before raising concerns about privacy let’s consider what it means.

The right to privacy allows us to keep an area around protected including things which can be regarded as part of us. This is our body, identity, home, property, secrets, and even thoughts. Only we have the right to allow someone to access it, and disclosure of information should be allowed only by us.

After all, social media changes this balance between disclosure and privacy. In most cases, the accounts are open for viewing and commenting that is why access to a significant part of our personal data is available almost for any person. Here where my idea of exaggeration comes from.

But when we speak about phones, there is righteous indignation against an idea that someone can listen to our private talks which are not published within Facebook, and they definitely should be protected by the law. In this light, the above conflict assumes greater importance.

Does the app which cannot be deleted is developed to spy on?